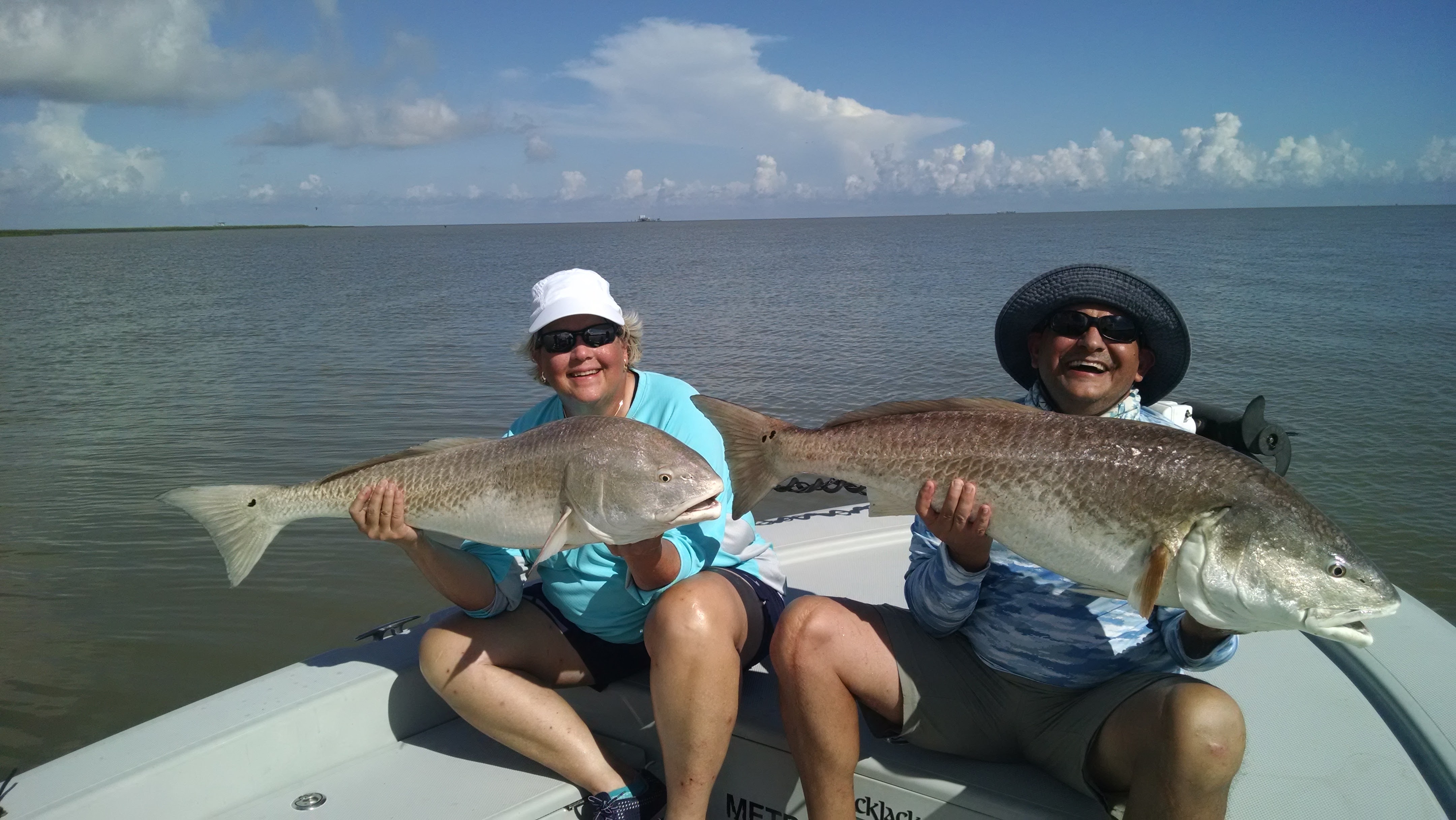 Carolyn Hide, along with her nephew David, and friend Arnie came down from Austin to do a little Louisiana Redfishing. Carolyn and David have been down before, but it was Arnie’s first time. Carolyn had told him how good our fishing for big Louisiana Redfish was, and thankfully the fish did not disappoint. My crew boated numerous bull redfish with the smallest fish going 15 pounds and most of the fish going over 20 pounds. We also had several over 30 pounds and one fish that was a legitimate 40 pounds. I say legitimate, because people say all the time how they catch 35-40 pounders, but it is simply not the truth. A 40+ pound fish is the exception, not the norm. Its always nice to hear a client say how sore their arms are going to be the next day, and yesterday, they all said that. 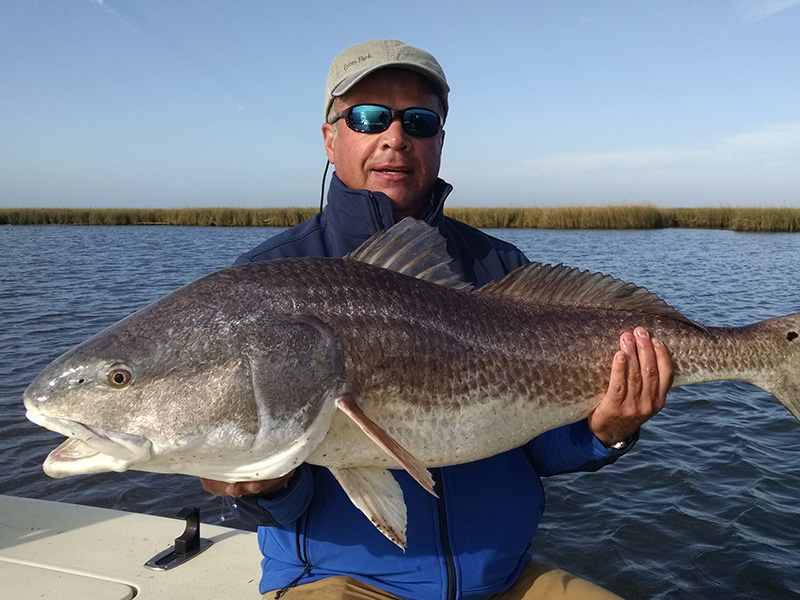 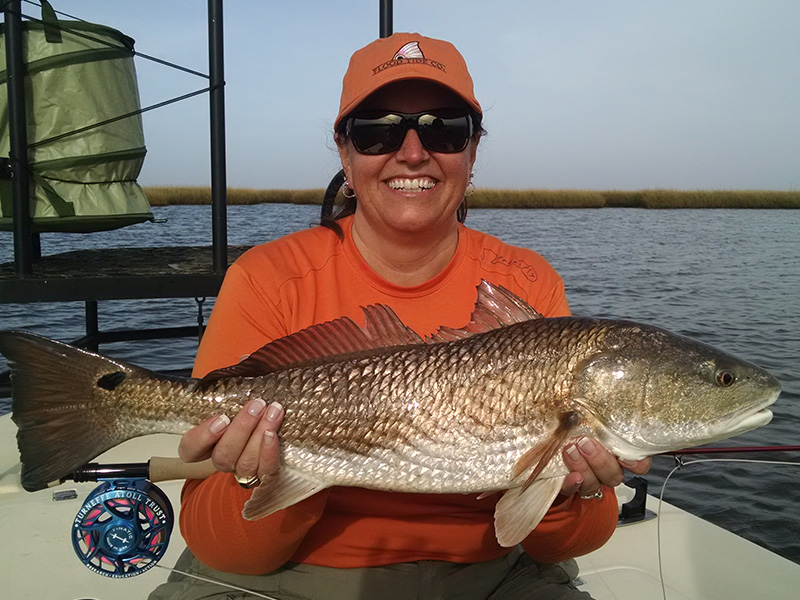 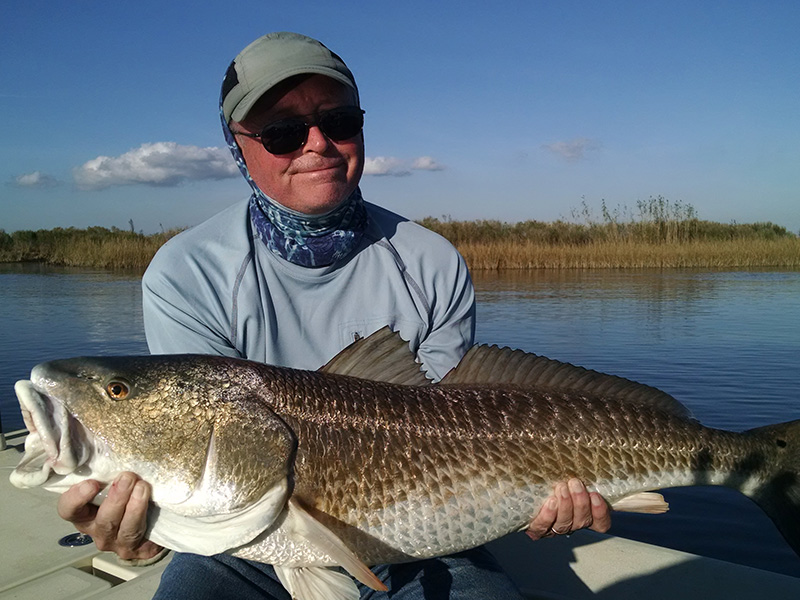 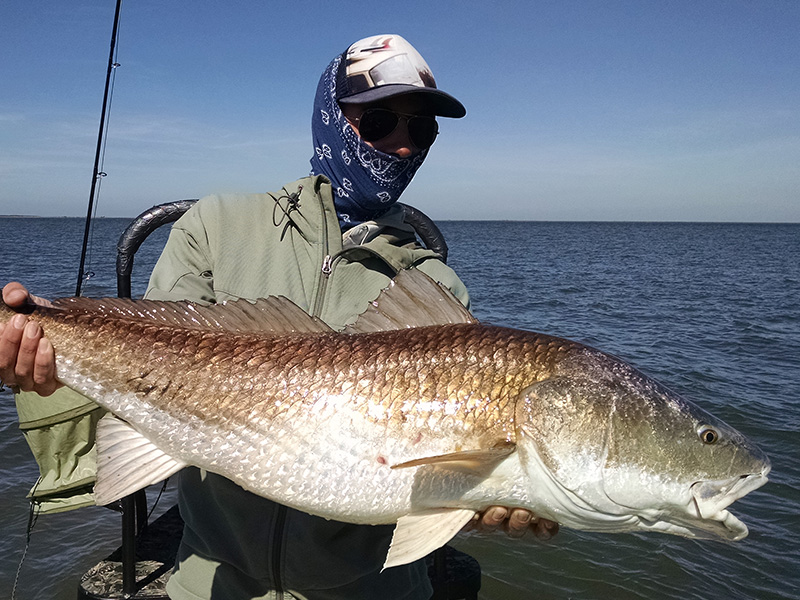 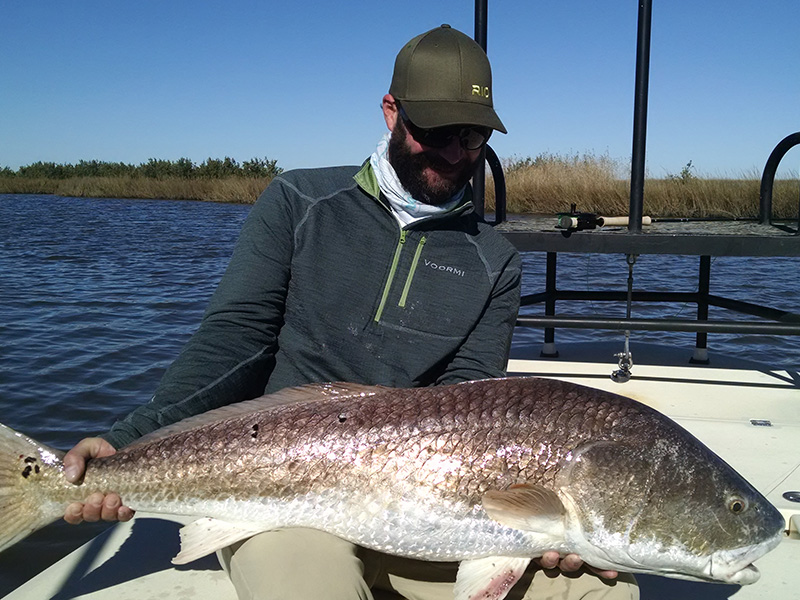 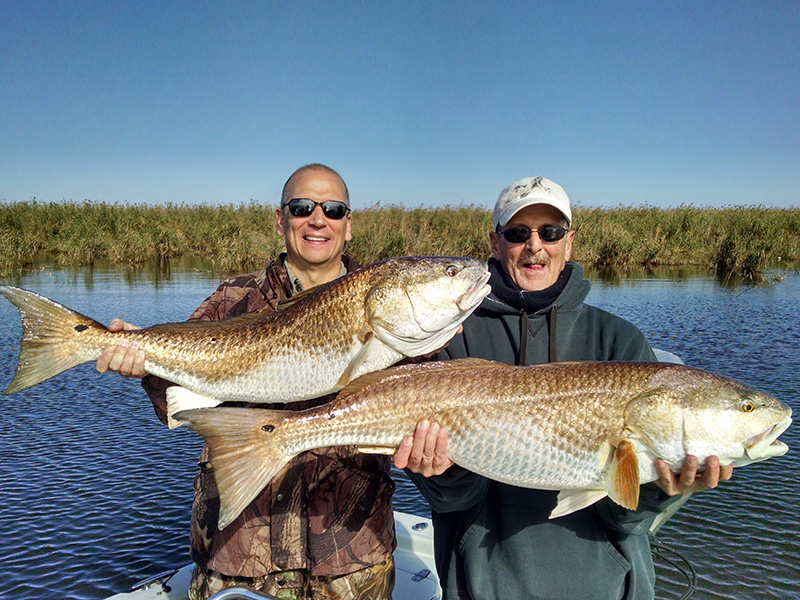 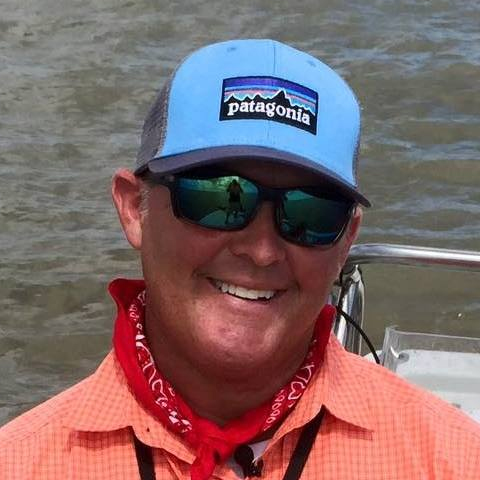 Your satisfaction is my #1 priority! Our Louisiana Fishing Trips and Louisiana Hunting trips take place in the fertile Mississippi River Delta of Plaquemines Parish, Louisiana, which is located about 40 miles SE of New Orleans. LEARN MORE »

You'll need a fishing or hunting license. You can purchase one from the state of Lousiana by clicking HERE.